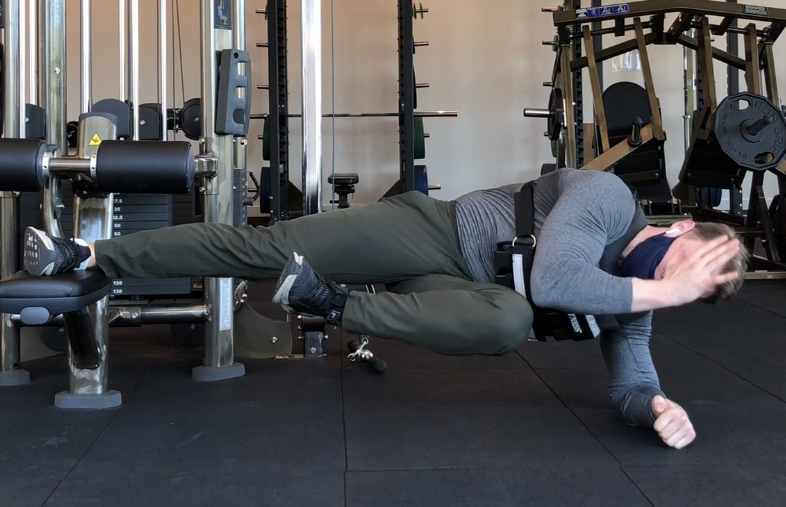 There are generally two schools of thought when it comes to core training. On one hand, some will argue heavy compound lifts (ex. squats and deadlifts) are sufficient core work as is. Conversely, you may be on the other side of the spectrum and prefer doing isolation exercises for your “abs”. I think an argument can be made for both. And as with most training-related topics, I tend to reside somewhere in the middle.

Yes, lifting heavy ass weights will make your core stronger. That said, isolation exercises can be great too. I’ve found that a healthy combination of both is usually optimal (for myself and my clients). And depending on your goals, you might lean heavier into one direction over the other.

Either way, one of the most tried and true ways to build core strength is the plank. And as you probably know all too well, they can get boring af. Rather than holding it for what feels like hours on end and counting sheep, you can increase the intensity to save time while retaining it’s benefits.

How? By doing the Copenhagen hip lift.

The conventional side plank is an oblique-dominant exercise where you support your own bodyweight with one forearm and both feet on the floor (or stacked on top of each other).

The Copenhagen hip lift is similar in that you’re holding a side plank position with a small (read: brutal) twist. Instead of having both feet on the floor, one foot is on top of the bench with the other pressed up against the bottom. Rather than trying to explain it, here are some videos for reference.

Bending your legs and staying closer to the bench makes it easier, so try starting with that. Once you get the hang of it, try straightening your legs as shown below.

Clearly, it’s way more challenging than the standard side plank given the minimal base of support and hanging free leg. What’s more, it really engages the adductors (inner thigh muscles) for an added lower body bonus.

Here are some advanced variations to make an already challenging exercise that much harder.

There’s no sense in giving specific time or set recommendations, so just do what you can while maintaining good form. Once your bottom leg starts dropping or your hips start sagging, the set is over. Keep in mind, you’re not going to hold it as long as you would a regular side plank.