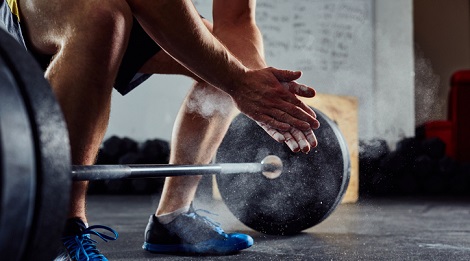 Getting stronger takes dedication. It takes consistency. It takes grit.

You don’t get stronger overnight, which can make lifters become overanxious in their pursuit of strength. A lot of people go to the gym, work their asses off, and don’t understand why they’re not getting any stronger. While hard work is definitely needed if you’re looking to make noticeable progress, it’s not the only thing you should focused on. Typically, if someone is serious about getting stronger, it’s not that they don’t work hard enough, they’re that they’re working in the wrong direction.

They make key mistakes during their workouts that cause early plateaus in strength.

WASTING ENERGY ON GETTING AMPED FOR YOUR LIFT 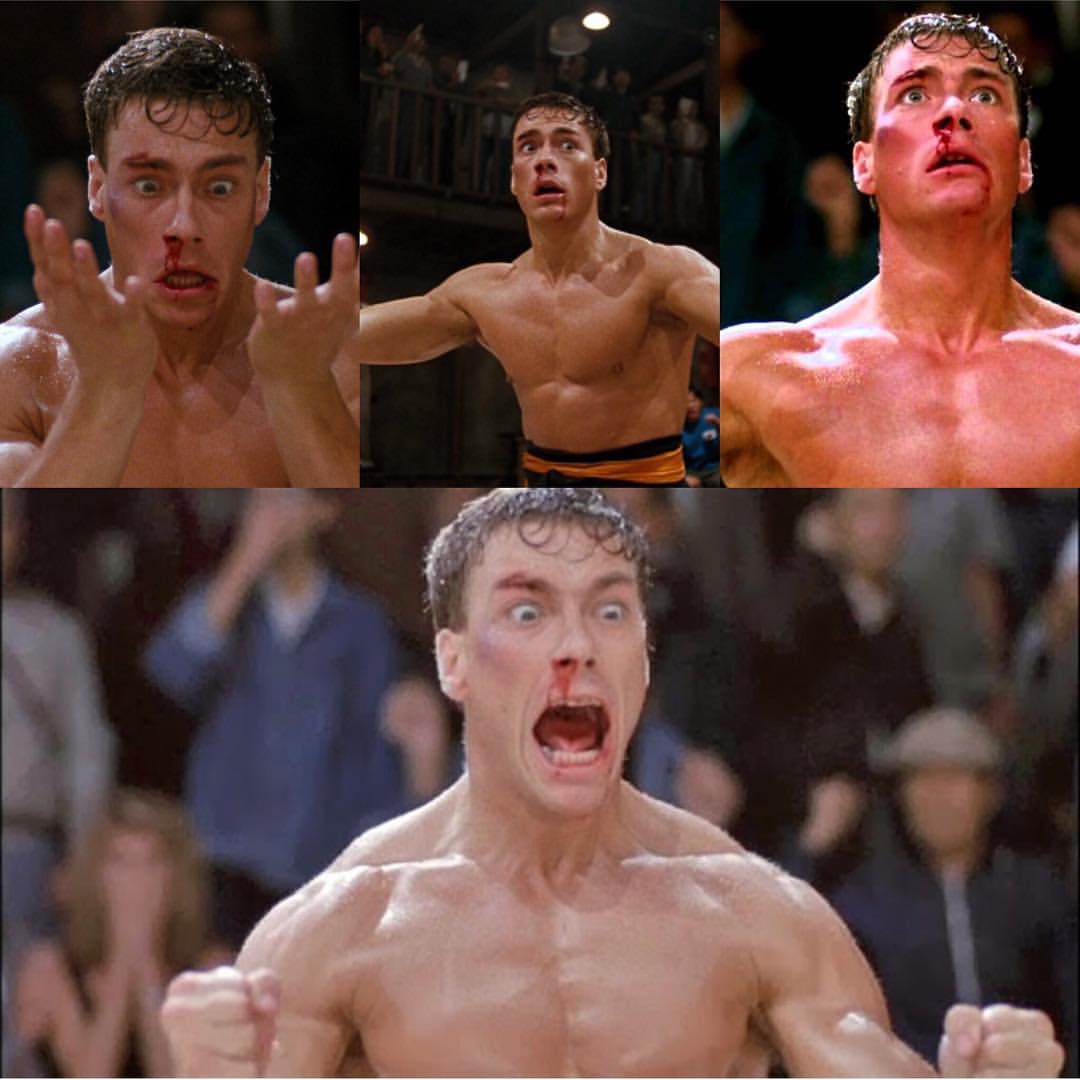 We all know that asshole who feels like he has to let the entire gym know he’s going for a max lift by grunting and yelling as loud as he can. What that guy doesn’t realize is if he spent less time huffing and puffing, he’d have more energy reserved for his lift.

Yes – there is definitely a time and place to get a bit of “motivation” where you have to get in a certain mindset if you’re going for a new PR or a heavy set. But with that being said, you do not have to do that for every lift, nor should you! It’s usually an ego thing. Guys, here’s a secret I want you to know…no one gives a shit how much you’re lifting. Especially that girl you’re trying to impress. She’s not watching and she doesn’t care.

The real badass at the gym is the one who walks over to the heavy dumbbells, does a set, and puts them back without anyone even noticing. No yelling. No face slapping. No failed reps.

The strongest people in the gym usually look like some of the calmest people in the gym. They’re usually sitting, focusing on their breathing, working on their mobility, and visualizing their next set. Everything is planned. Everything is calculated. They are not concerned with feeding their ego by seeking other people’s approval. They focus on their lifts, perform them well, and complete all of their reps.

Which leads us to another issue…

So what does this mean? Work with weights that are challenging but also doable. There will be times when its necessary to attempt a new weight you haven’t lifted before if you’re going for a PR or maxing out that day. But that, by no means whatsoever, should be every time you’re in the fucking gym.

The strongest people focus on building their strength, not testing it. If you want to test your strength every time you’re in the gym, you’re not going to get stronger, you’re going to get weaker. And you’re going to fuck yourself up. Remember the guy shreeking and getting his buddy to punch him in the face before his deadlift? He’s the same guy screwing himself over by using weights he hasn’t built up to yet. Don’t be that guy. Be the badass who walks up to the dumbbell rack, pumps out a full set of quality, completed reps, and puts them back without anyone even noticing.

Some of us don’t warm up enough (or at all). Some of us, on the other hand, warm up too much. Usually it’s the first one.

If you’re coming to the gym first thing in the morning, on your lunch break, or straight from work…you have a lot of other shit on your mind, which can make it easy to skip your warm up. Time is of the essence so you have to make your time in the gym as efficient as possible. If that means doing a couple of quick stretches then hitting the weights, that’s what’s going to happen.

A STEP BY STEP WARM UP GUIDE FOR WEIGHT TRAINING

Don’t half-ass your warm up sets. Just because they’re light and you don’t have to zone in as much to lift them, doesn’t mean you shouldn’t be treating them seriously. Every single rep you perform is an opportunity to get better. it is an opportunity to take you one step closer to getting stronger. If you treat your warm up sets like they’re your working sets, it will: 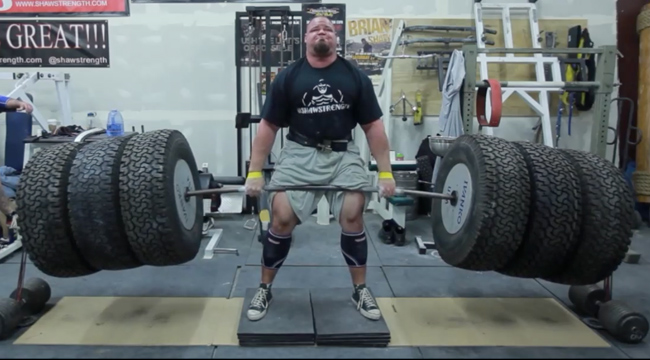 If you’ve ever seen Brian Shaw (4 x World’s Strongest Man) train, every single rep looks the same. He approaches it with the same set up and intensity so by the time he’s reached his max lift, his mind and his body are ready. When he walks up to the loaded bar by the time he’s reached his working weight, his mind and his body are like, “We got this. We’ve been here before. This is nothing new. Just another lift.” and he executes it the same every time. It’s like a bowler setting up for a strike. They have the same set up every single time so they take thought and guessing out of it. It’s just another shot. It’s just another rep.

You don’t want to amp yourself too much before every lift because it will drain your energy systems and you also don’t want to rely on external stimulation to keep you going during your workout. This includes pre workouts, excessive amounts of caffeine, high sugar foods, and even music.

I drink coffee before every workout, so I’m not going to sit here and say that caffeine is an inhibitor to performance in the gym, because I think it helps with performance (for me, personally). But too much can be overkill so be smart with it. 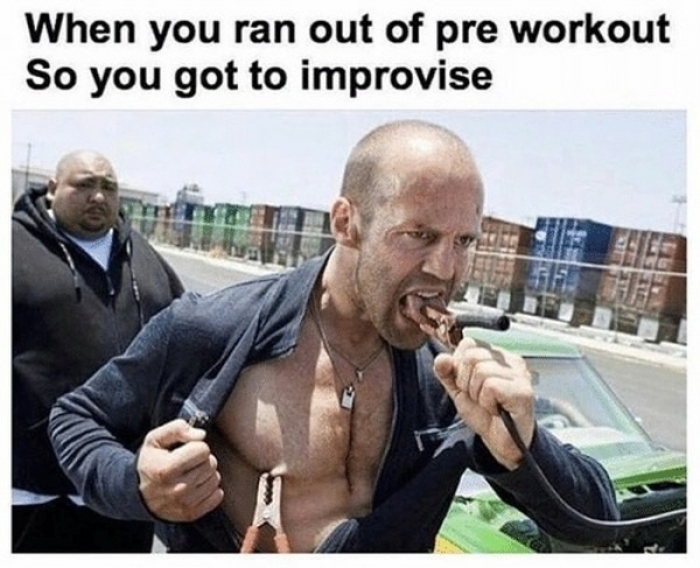 Pre workouts are just dumb so stop taking them. The amount of filler crap that’s in them is not benefiting you at all. Joe DeFranco makes a great point regarding pre workouts, where he says that before taking any supplement, ask yourself, ‘“Is this benefiting my health or performance?” If it isn’t benefiting your health, don’t take it. Face tingling is not a health benefit.

Music is a performance booster. But not all the time. It definitely helps set the environment and get you into “training mode”, but there has to be a time and place for it. If Metallica gets you amped up and gives you a kick in the ass, save it for when you need it. Don’t blast music and get aggressive when you’re rolling out or stretching during your warm up. I personally listen to podcasts during most of my workouts, and if I need something to set the switch and give me a bit of a boost, I’ll turn the music up and use it as an extra bit of kick.

If you have any questions or comments about getting stronger and what might be holding you back from seeing better results, shoot me a comment down below!